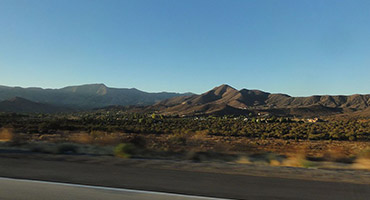 Acton was founded in 1887 by gold miners who were working in the Red Rover Mine. It was named after Acton, Massachusetts by one of the miners. Two of the best-known gold mines located in Acton were the Red Rover mine and the Governor mine. Mining of gold, copper, and titanium ore continued into the early 1900s.The town originally had served as a railroad camp from 1873 to 1876 when the Saugus-Mojave section of the Southern Pacific Railroad was under construction. Acton was once considered for the State capital of California. California Governor Henry T. Gage (1899–1903) owned the Governor Mine, hence the name, and sought to relocate the capital to Acton. This effort ultimately failed and the capital was not moved from Sacramento. In the late 1880s, Acton started to become more of a ranching and farming community. In 1889, Acton's first hotel and its first saloon, the 49er was opened, and it is still open for business today. You can tie off your horse on a side rail while you visit the saloon. The bank in the same shopping center was seen in the Clint Eastwood movie Blood Work.